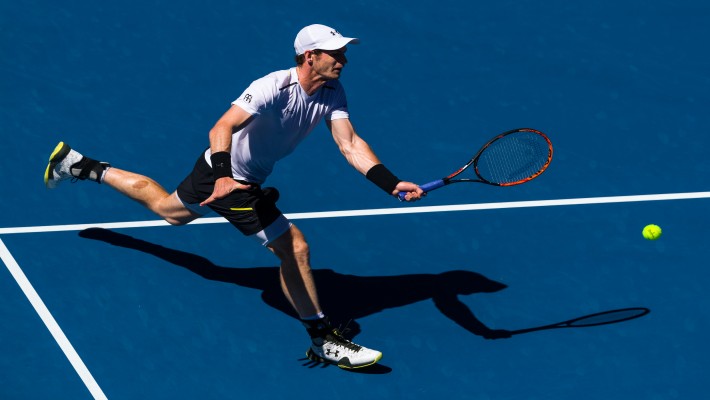 Andy Murray returned to competitive tennis after almost a year long absence and his first match ended as a 3 set loss to Australia's Nick Kyrgios at the Fever Tree Championships (Queens). It had been 343 days since his last match, a five set defeat to Americas Sam Querrey at Wimbledon.

Almost a year out of the game, you would think this would be a rare occurrence but sadly it is not. Contact sports such as football, you expect injuries. A late tackle, a clash of heads, plus there are over 500 players who played in the Premier League in the 2017/18 season, there are a lot more players in the public eye. Â If Â the current ATP number 500 Gregoire Jacq gets an injury, I doubt you will know about it.

So if we just focus on grand slam winners currently on the tour, and see how it affects the top players in the game. There are only 7 players who have won a male singles grand slam title that are still currently playing. Of those, 6 have had a major injury.

If we have a look at Andy Murray, he spent 11 months off injured, from July 2017 to June 2018. He started off ranked number 1 in the world, but has now fallen to 156, and was at one point ranked 157. He is yet to win a title since his return. Interestingly, in February 2018, he went up in the rankings, back into the Top 20, even though he had not played for 7 months. He then pulled out of the Wimbledon Championships when he felt that to compete would risk further injury.

Another grand slam winner Novak Djokovic spent 5 months off injured, from July 2017 to January 2018. He was ranked number 4 in the world, and dropped to 22, which is where he is now. He also is yet to win a title since his return. He actually lost 5 of his first 10 matches back, and only one of those losses was against a Top 20 player.

He was ranked 5th in the world at the time, and plummeted to 1045, before fighting back to his current ranking of 4. He did play 4 matches after a year out, winning two, before taking another year off. He did manage to win the Stockholm Open, shortly after his full return.

Roger Federer spent 5 months off injured, from July 2016 to January 2017. He started off ranked number 3 in the world, dropped to number 17, but has now returned to world number 1. He first title after his return was actually the Australian Open, which was his first tournament back. In 2016 however he played only 28 matches, and was the only a year since his first title win in 2001 that he has ended the year without a title.

The fifth injury stricken grand slam winner is Stan Wawrinka, who spent 5 months injured between July 2017 and January 2018. He was third in the world, but dropped to 263rd in the world, and is now 261st. He is yet to win a title since his return and has only won 200 ATP points. In January 2017 alone he won 4 times that amount.

The final player is Rafael Nadal. He has had multiple injuries so we are just going to focus on the longest one. He was off for 7 months from July 2011 to February 2012. He was ranked 2nd in the world, his current ranking, and fell only to 5th in the world. Upon his return his first title back was the Monte Carlo Masters. He has spent a total of 2 years off injured, yet has never been outside the top 10 since April 2005.

All of these players are at the top of their game, and have suffered major injuries in their careers, along with some minor ones too. Within their teams they have physiotherapists and personal trainers whose job it is to protect them against these issues. Some will obviously be unpredictable random injuries, but some may be forced. Murray, Federer, Wawrinka, Djokovic and Nadal all got injured after Wimbledon, and best case didn't return until the following year. Now this could be tactical, 3 out of the 4 majors out the way, 5 of the 9 masters have been played, a well-timed rest and recovery period. Or the alternative could be that the intensity of the clay to grass court season is too much. From March to May, there are 5 masters and a grand slam. Out of those 15 weeks, 9 are taken up by those tournaments, and remember for the top players they are playing a match a day, except for the grand slams were they do get a days rest. Either way, injuries in tennis have sadly become part and parcel of the game.